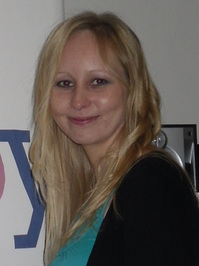 I’m a mum with a good humour, a fiancé and a writer that is living the dream of turning my hobbies into my work.  For one of the first times in my life I am feeling incredibly happy and privileged to be alive, but it wasn't always like this.

At the age of just six years old I was to witness my father drowning in the sea in Scotland as his boat roared in flames beside him!  A couple of guys braved the ice cold sea and swam out to try and save him but hypothermia got the better of my father and he died on the way to hospital.  My father had so many dreams, full of energy and had such a passion for life that he has been my inspiration, which has got me through even the toughest of days.

From that moment on my world changed forever, I was sent to live with my mother on a run down council estate, (currently rated one of the top 10 worst places to live in the UK).  Things quickly went from bad to worse and I drifted in and out of care homes and dropped out of school when I was fourteen years old.

Throughout my childhood I was persistently told that I was nothing but a dreamer and that I would always be a ‘nothing’.  (Stupidly I believed that for a lot of years and suffered low self-esteem, depression and way too many days wishing I were dead like my father).  Writing poetry became my passion and my only form of release, every bit of hurt, sadness and anger went down on paper.  Only as I grew older, I learnt to write from inspiration and not just through my experiences.

At the age of sixteen I become a mother myself and my daughter became my reason to live.  I cried, I laughed and I smiled again for the first time in what had felt like an eternity.  I promised her I would always be best mother I could possibly be and I stuck to that even after I became a single mother when she was six months old. She’s a teenager now and we have a beautiful relationship that I’m sure many parents can only dream of having with their children.